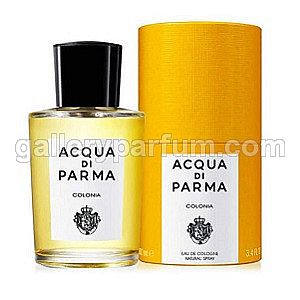 Acqua di Parma started as a small factory in Parma. The first fragrance was created in 1916, Colonia, and at the beginning it was used to perfume gentlemen's handkerchiefs. Colonia became a real symboal of Italian chic among American and European celebrities in the pre-war (1930's) and post-war (1950's) years. Cary Grant and David Niven, Ava Gadner and Eva Turner, later joined by Audrey Hepburn, were among the passionate admirers of Colonia. From a small factory, Acqua di Parma grew into a prominent house with wide range distribution.