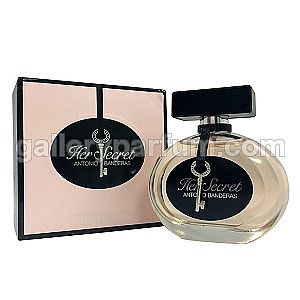 Antonio Banderas presents Her Secret in summer of 2012, the female version of The Secret fragrance from 2010. The fragrance is inspired by little secrets of female seduction that transcendent time. Her Secret is described as the essence of seduction, a mysterious and secret potion.

The composition blends essences that are most associated with legends of female seduction, such as cinnamon, pepper, tuberose and vanilla.