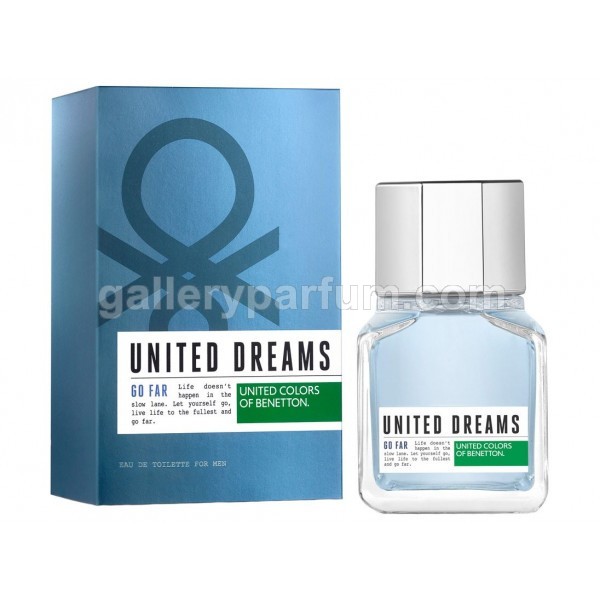 United Dreams Men Go Far is described as the scent of fresh marine notes, which represents a brave character. It opens with accords of lemon, lime and marine notes. The heart includes blue lotus, cardamom and lavender, placed at the base of moss, cedar and amber.